A guide to the well-lived life. Reads like Brainpickings for the home, covering everything from relationships and culture to our place in the natural world.
ISABEL ALLENDEHOUSE OF THE SPIRITS
Explores our longing for sanctuary, considering everything from climate migration and new work patterns to our mythology of home. A treasure trove of journalism, art, and storytelling.
JEAN SHINODA BOLENGODDESSES IN EVERYWOMAN
Considers ancient traditions of honoring the hearth and modern challenges of rootlessness, lack of time, and loss of place. A meditation on our sense of longing and belonging---and our search of home wherever we can find it.
PHIL COUSINEAUSOUL: AN ARCHAEOLOGY, THE BOOK OF ROADS
Previous
Next

At Home in America 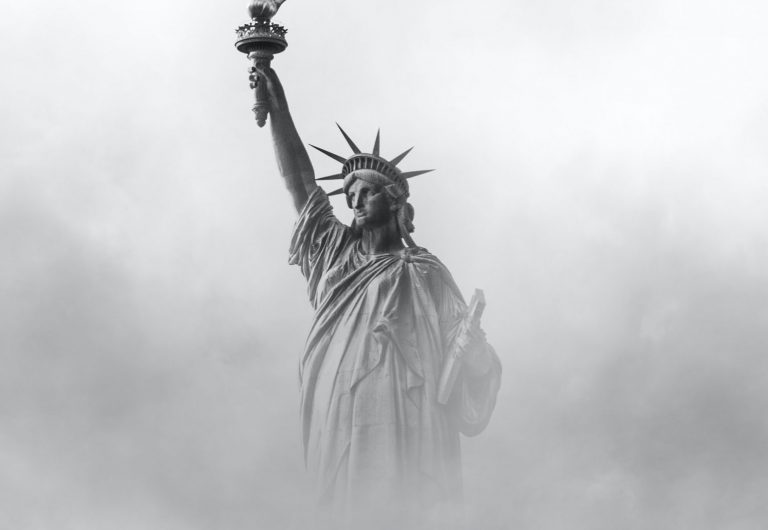 This issue raises the critical  question, Who feels at home in America? How can we make a more perfect union that is not driven by factionalism and political infighting?

There is no getting around it—our democracy is broken, and to begin the process of repair, we must move beyond the information wars designed to stoke our raw emotions and deepen our sense of enmity–and cease choosing spectacle over substance.  As journalist Christopher Hedges notes, “We are a culture that has been denied, or has passively given up, the linguistic and intellectual tools to cope with complexity, to separate illusion from reality.”  To cope with such large-scale problems as a pandemic, climate change, and racial injustice–and to find our way back home—we need to reclaim our capacity for measured thought.

For too long we have been stuck in a form of binary thinking that divides the world into “us vs. them.”  This political tension was explored on television series “Brain Dead,” in 2016 by Robert and Michelle King, producers of “The Good Wife.” Outside our nation’s capital, a meteor falls to earth, containing alien insects that burrow deep inside the human brain. These bugs breed contempt, turning conservative and liberals into mortal enemies; in the end, the leaders of both parties are willing to destroy the country before they cede the most minor victory to the other side.  We are living with the fallout of that meteor in real life, as we continue to blame and bait the opposition. So how do we change the way we think?

Psychologist Daniel Goleman  describe how the brain gets stuck in a repetitive loop of blame and fear:

“When our partner becomes, in effect, our enemy, we are in the grip of an amygdala hijack in which our emotional memory, lodged in the limbic center of our brain, rules our reactions without the benefit of logic or reason…which causes our bodies to go into a fight or flight response.”

Politically, that’s where we’ve been stuck.  The tension between the liberals and conservatives, Democrats and Republicans, has become unbearable.  How can we begin to collaborate once again to create a home that is big enough for all?

In “Dialogue on the Mall,” Pulitzer-prize winning historian Joseph Ellis (American Dialogue) reminds us that from Jefferson to Lincoln to Martin Luther King, Jr, we have been engaged in a great social experiment—one that needs to be radically updated for a new era of inclusion.

Mary Frances Winter, a global business consultant specializing in inclusion,  talks candidly about “Black Fatigue,” and how, during the long wait for equality, racism erodes the body, mind and spirit.    And former Newsweek writer Jessica Wapner considers the psychological toll of living in a border zone in her groundbreaking book, Wall Disease.

San Francisco psychoanalyst Thomas Singer suggests that our sacred experience of the earth is emerging as the new American narrative.

In “Changes in the Land,” environmental historian William Cronon looks at how early settlers imposed a grid upon the rolling hills, disrupting animal immigration paths, and forever altering our Native people’s relation to the ecosystem.

All of these efforts—from those who rebelled against the iron clad rule of the Puritans to the modern Civili Rights movement—have brought us closer to a more just and inclusive society.     But we are only part way there.

One of our biggest stumbling blocks to a sense of unity continues to be the lopsided nature of the American economy.  Thanks to the pandemic, small businesses and service jobs are disappearing,  the Middle Class is steadily shrinking, and the country’s wealth is in the hands of the one percent.

To make any headway, we have to question the assumptions at the heart of our economy.  Significantl, this word comes from the Greek oikos which also means “home.”

The psycho-historian Lloyd de Mauss said in times of scarcity, Americans have a tendency to sacrifice the poor—low income jobs are the last to recover, and communities of color have been hard hit during the pandemic.

In “An Economy that Works for All,”  Marjorie Kelly,  a senior fellow at The Democracy Collaborative, has a plan to give workers a share of the profits, and build back local communities.   It’s also time to reinvent the corporation so it serves the public good.

In “How to Be a Good Ancestor,”  philosopher Roman Kznaric tackles the question on everyone’s mind these days: What kind of future are we leaving to our children?  Short-term thinking, he says, is responsible for our environmental and economic ills.   The cure?  Learning to immerse ourselves in Deep Time, cultivating our ability to see far into the future.   He even recommends an app— a guided walk through the planet’s history that leaves us with a mandate to preserve it for generations to come.

Our challenge  is to create a commonwealth  we can start having deep conversations about the drivers of democracy.   Barbara Bernstein, from the Center for the New Deal, describes the controversy over WPA Art — historic murals found in schools and post offices that tell the story of a given region, and often depict women, Blacks and Native Americans in subservient roles. Yet the majority of these murals were painted by progressive artists who hoped to pay tribute to these groups, and convey the dignity of their labor.  At the time, these were murals of inclusion.  Bernstein asks: How do we decide what art work is offensive and what’s worth honoring?  And how does our art reflect where we are in the human journey?

Democracy is a long-term project—and we have many challenges ahead.  So how do we cope on a personal level?  To answer that, we turned to Washington, DC psychoanalyst, James Hollis who had written a book on living in uncertain times.  Hollis notes that America is facing its own shadow and that’s a good thing:  we will be better and stronger because of it.  Our job, he says, is to stay awake and aware as we move through an era of unprecedented change.

In future issues we will explore what it takes to make America a sanctuary—a place where each of us can thrive and feel at home.